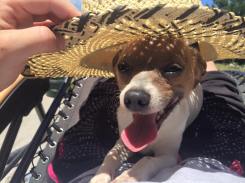 Life is a precious gift. It can be taken away so quickly. I hold my family a little closer today, as our sweet Marshall unexpectedly passed away last night. We are devastated, and it still doesn’t feel real. I keep expecting to hear his little feet on the floor pitter pattering as quick as he can to come to me if I called him. He wasn’t sick, he wasn’t old. He was taken far too early. He was one of my best dogs, and the best ‘little’ I have ever had. I never thought I would have a little dog, as I’m into the ‘tough’ breeds. But then Marshall came to me for training and I fell in love with him. I told the family if they ever didn’t want him or couldn’t keep him, that I wanted him. I never expected to hear that a year later, they were moving and couldn’t take him. So without hesitation, I took him and he was immediately a part of my pack. I didn’t foster him, or even try to adopt him out. He just belonged with me. He was an amazing dog, and brought so much happiness to every person he met. I never expected this would happen so soon. 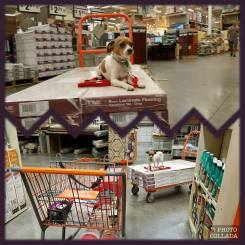 We buried him under a tree in our front yard. He will stay here forever, and bring nutrients to the trees, the soil, and the earth. His body has returned to the planet, and his soul is now on a journey to wherever else it needs to be. He’ll always be with me, and I’ll have all the beautiful memories of him to remember him. I want to remember my bright, happy Marshall. I want to remember all the silly, cute things he did. The house feels very dreary today. Our hearts are breaking, and our souls cry. I wish this didn’t happen. 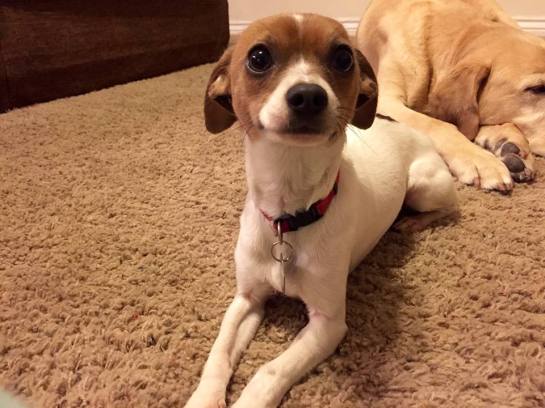 I remember the way he would sit or lay on top of the big dogs to stay warm.

I remember how fast he would run back to me when I called him. His recall was always awesome.

I remember how when the other dogs were eating, Marshall would clean up the pieces they missed. No one minds, and he never tries to steal food from out of their bowl.

I remember how he would try to sneakily crawl up underneath the blanket to snuggle on the couch.

Chasing Jane around the loveseat in the living room.

Always walking nicely on or off a leash, never had a problem listening.

When you corrected him for something, he would stare at you with one paw held up. 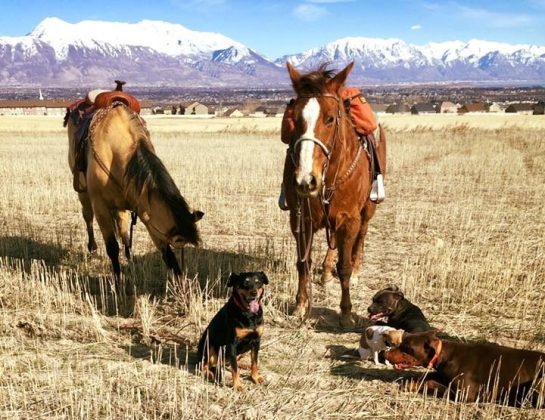 When he curled up in the big dog beds by himself and his tail was resting on his nose, like he was hiding.

When we all went camping, and he found the sunniest little spot to rest while we were all cooking breakfast.

How everyone who met him instantly loved him.

When I would let him sleep with me in my bed, and he could curl up right behind my knees. 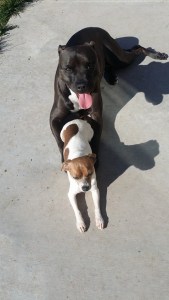 How he loved to sit right in between the big dogs’ paws, like he belonged to them.

How he was the perfect size to sit with you and make you feel better.

He wasn’t really ever scared of anything.

He had no issue putting any size dog in their place if they were being pushy or rude.

How he loved to drag around the biggest bone he could find.

That time we went to the Farmer’s Market and Rob put him in his camelback because he was tired. 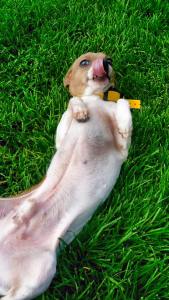 How everyone thought he was a puppy.

How he loved people so much, he would just start walking with them.

How he just looked extra cute no matter what he was doing.

His eyes were too big for his face.

The time I took him trail riding, and he kept up with the horses like it was no big deal.

How he was amazing with kids and all other dogs.

He was awesome with all animals. He never tried to hurt chickens, cats, kittens, or even little rats.

He was the ‘Marshall’ of the dog yard. He was named after Eminem, but to me, he was literally a Marshall. An authority figure.

He really was the best dog. 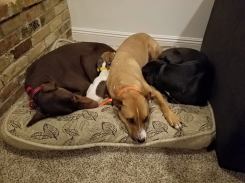 I’m really going to miss him, the house won’t be the same without him. I only had him several years, but in that time, he left his pawprint there. For such a small dog, he had the biggest presence in the best way. His spunky, happy personality is what I want to remember.

We will build you a little memorial in front of your tree, and plant flowers there in the Spring. You have no idea how many dogs you helped, and how many people were touched by you. You have made a huge impact on the world, and I will never forget you. You can never be replaced. I’ll do my best to keep my chin up and put on the smile, because I know you wouldn’t want me to be sad. In fact, I feel like you would be curled up with me right now, trying to cheer me up.

I love you, Marshall. So much. Be at peace now. 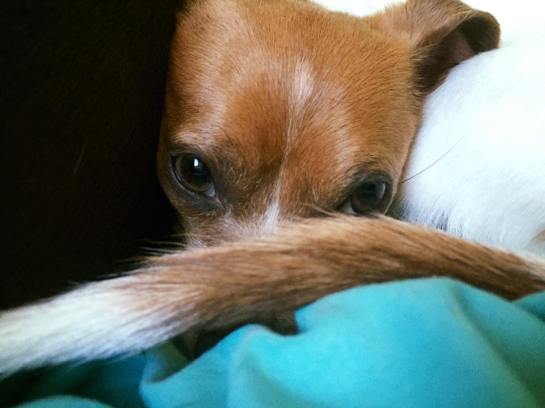 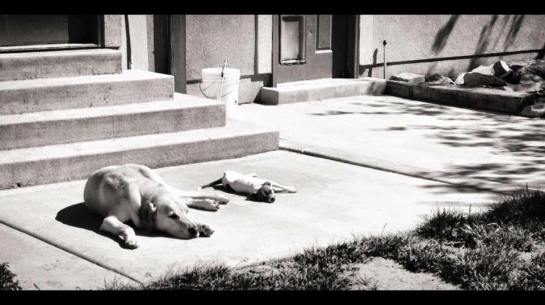 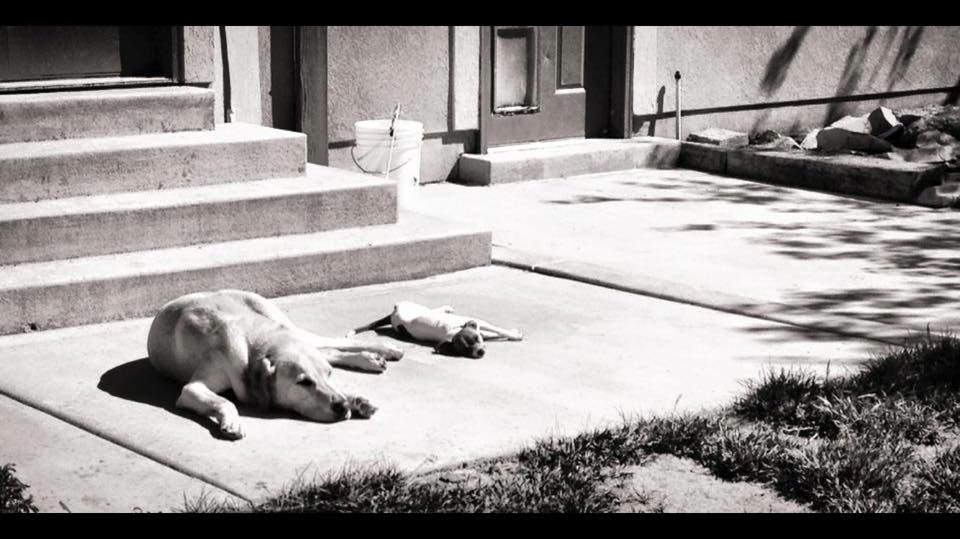 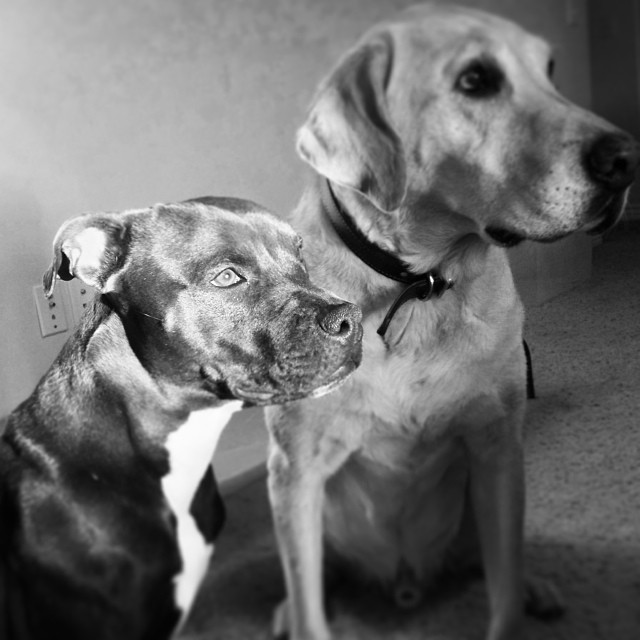